Case bound album, inspired by the albums for 78rpm shellac records in the library of La Fabrique, France

Two compact discs: one with the album and one with two extra tracks

* This is a piece of a Radiohead ½ inch master tape from an actual recording session.

The tape degrades over time and becomes unplayable. We thought rather than it ending up as landfill we would cut it up and make it useful as a part of the special edition. A new life for some obsolete technology...

Each loop contains about ¾ of a second of audio - which could be from any era in the band's recording past going back to Kid A. 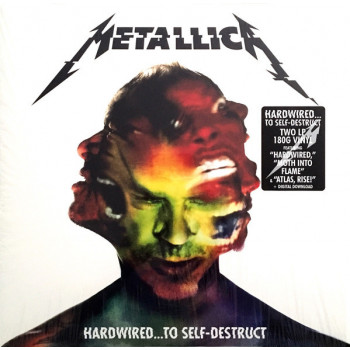 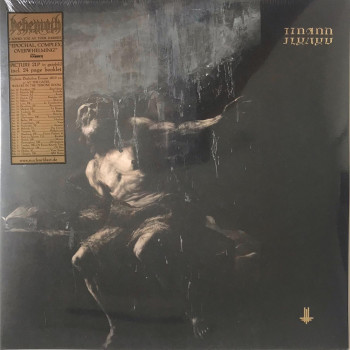 Behemoth: I Loved You At Your Darkest [2 Picture LP/Vinyl]

Behemoth ‎– I Loved You At Your Darkest

Tracklist:
A1 Solve (Intro)
A2 Wolves Ov Siberia
A3 God = Dog
A4 Ecclesia Diabolica Catholica
B1 Bartzabel
B2 If Crucifixion Was Not Enough
B3 Angelvs XIII
C1 Sabbath Mater
C2 Havohej Pantocrator
D1 Rom 5:8
D2 We Are the Next 1000 Years
D3 Coagvla (Outro) Megadeth: Killing Is My Business And Business Is Good (The Final Kill) [2 LP/Vinyl]

Issued in a gatefold jacket. The Cranberries: In The End [LP/Vinyl]

The Cranberries ‎– In The End

Tracklist:
A1 All Over Now
A2 Lost
A3 Wake Me When It's Over
A4 A Place I Know
A5 Catch Me If You Can
B1 Got It
B2 Illusion
B3 Crazy Heart
B4 Summer Song
B5 The Pressure
B6 In The End 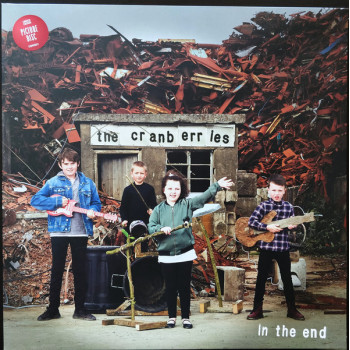 The Cranberries: In The End [Limited Picture LP/Vinyl]

The Cranberries ‎– In The End

Tracklist:
A1 All Over Now
A2 Lost
A3 Wake Me When It's Over
A4 A Place I Know
A5 Catch Me If You Can
B1 Got It
B2 Illusion
B3 Crazy Heart
B4 Summer Song
B5 The Pressure
B6 In the End 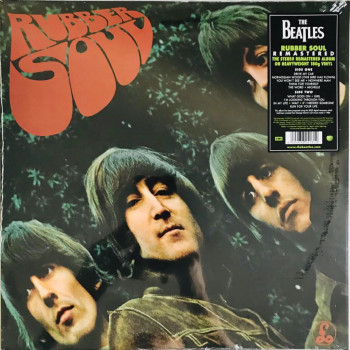 Tracklist:
A1 Drive My Car
A2 Norwegian Wood
A3 You Won't See Me
A4 Nowhere Man
A5 Think For Yourself
A6 The Word
A7 Michelle
B1 What Goes On
B2 Girl
B3 I'm Looking Through You
B4 In My Life
B5 Wait
B6 If I Needed Someone
B7 Run For Your Life

2012 EMI Records Ltd. This label copy information is the subject of copyright protection. 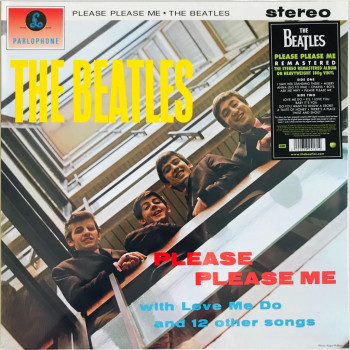 The Beatles ‎– Please Please Me 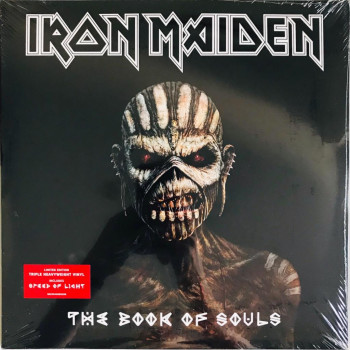 Tracklist:
A1 If Eternity Should Fail
A2 Speed Of Light
B1 The Great Unknown
B2 The Red And The Black
C1 When The River Runs Deep
C2 The Book Of Souls
D1 Death Or Glory
D2 Shadows Of The Valley
E1 Tears Of A Clown
E2 The Man Of Sorrows
F Empire Of The Clouds 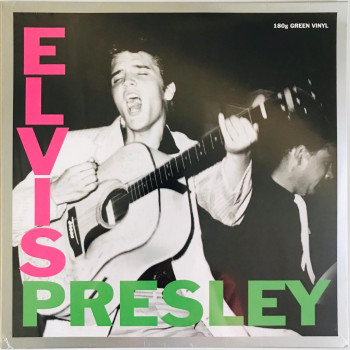 Tracklist:
A1 Blue Suede Shoes
A2 I'm Counting On You
A3 I Got A Woman
A4 One-Sided Love Affair
A5 I Love You Because
A6 Just Because
B1 Tutti Frutti
B2 Tryin' To Get To You
B3 I'm Gonna Sit Right Down And Cry (Over You)
B4 I'll Never Let You Go (Little Darlin')
B5 Blue Moon
B6 Money Honey 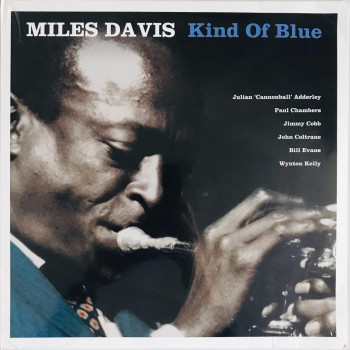 Tracklist:
A1 So What
A2 Freddie Freeloader
A3 Blue In Green
B1 All Blues
B2 Flamenco Sketches 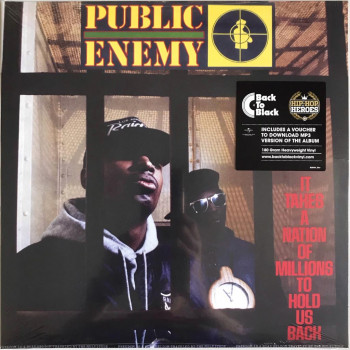 Tracklist:
Silver Side
A1 Countdown To Armageddon
A2 Bring The Noise
A3 Don't Believe The Hype
A4 Cold Lampin With Flavor
A5 Terminator X To The Edge Of Panic
A6 Mind Terrorist
A7 Louder Than A Bomb
A8 Caught, Can We Get A Witness?
Black Side
B1 Show Em Whatcha Got
B2 She Watch Channel Zero?!
B3 Night Of The Living Baseheads
B4 Black Steel In The Hour Of Chaos
B5 Security Of The First World
B6 Rebel Without A Pause
B7 Prophets Of Rage
B8 Party For Your Right To Fight

180 Gram heavyweight vinyl.
Sticker on sealed cover with Back To Black, Hip Hop Heroes and Universal logo. Cat# on sticker: B2BHH_Stkr
Includes a voucher to download MP3 version of the album.

Made in the EU. 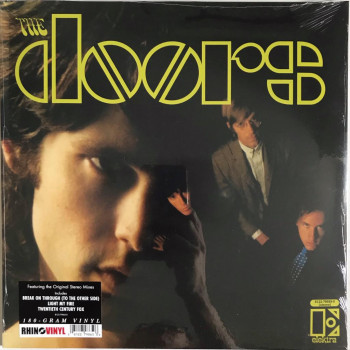 The Doors ‎– The Doors

Tracklist:
A1 Break On Through (To The Other Side)
A2 Soul Kitchen
A3 The Crystal Ship
A4 Twentieth Century Fox
A5 Alabama Song (Whisky Bar)
A6 Light My Fire
B1 Back Door Man
B2 I Looked At You
B3 End Of The Night
B4 Take It As It Comes
B5 The End

On sticker:
"Featuring the Original Stereo Mixes
Includes
BREAK ON THROUGH (TO THE OTHER SIDE)
LIGHT MY FIRE
TWENTIETH CENTURY FOX
8122-79865-0
180-GRAM VINYL"

Manufactured in the E.U. 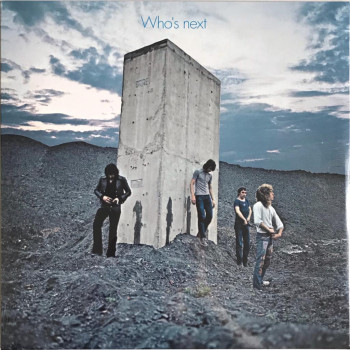 The Who ‎– Who's Next

Tracklist:
A1 Baba O' Riley
A2 Bargain
A3 Love Ain't For Keeping
A4 My Wife
A5 Song Is Over
B1 Getting In Tune
B2 Going Mobile
B3 Behind Blue Eyes
B4 Won't Get Fooled Again 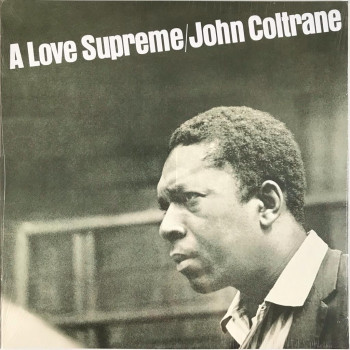 Tracklist:
A1 Part 1> Acknowledgement
A2 Part 2> Resolution
B1 Part 3> Pursuance
B2 Part 4> Psalm

ca. 2015 reissue distinguishable from other variants with GR-155 catalog number by a) the orientation of the barcode, b) the use of a facsimile orange and black label derived from the original Impulse design, and c) and the presence of TML in the runouts. 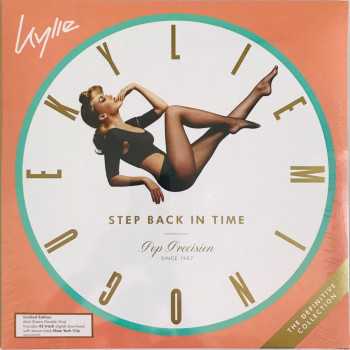 Kylie ‎– Step Back In Time (The Definitive Collection)

Tracklist:
A1 Can't Get You Out Of My Head
A2 Spinning Around
A3 Love At First Sight
A4 In Your Eyes
A5 Slow
B1 All The Lovers
B2 I Believe In You
B3 In My Arms
B4 On A Night Like This
B5 Wow
C1 Step Back In Time
C2 Better The Devil You Know
C3 Shocked (DNA 7" Mix)
C4 I Should Be So Lucky
C5 Especially For You
D1 Confide In Me (Radio Mix)
D2 Put Yourself In My Place (Radio Mix)
D3 2 Hearts
D4 Kids
D5 Dancing 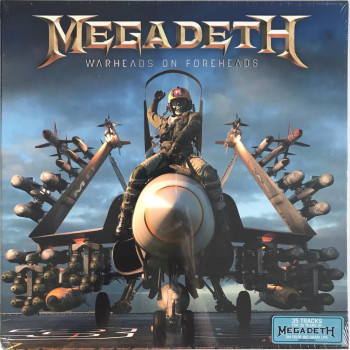 Made in the EU. 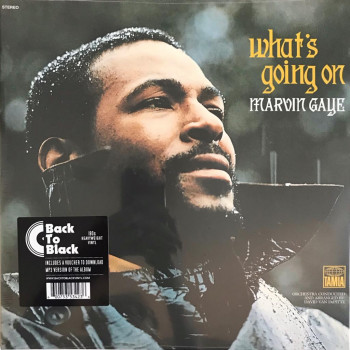 Tracklist:
A1 What's Going On
A2 What's Happening Brother
A3 Flyin' High (In The Friendly Sky)
A4 Save The Children
A5 God Is Love
A6 Mercy Mercy Me (The Ecology)
B1 Right On
B2 Wholy Holy
B3 Inner City Blues (Make Me Wanna Holler)

1971 Motown Records, Made in Czech Republic.

Includes A Voucher To Download MP3 Version Of The Album.
180 Gram Vinyl Remastered.

The album was an immediate commercial and critical success, eventually being regarded as a classic of 1970s soul. In 2001, a deluxe edition of the album was released, featuring a recording of Gaye's May 1972 concert at the Kennedy Center in Washington, D.C. Broad-ranging surveys of critics, musicians, and the general public have shown that What's Going On is regarded as one of the greatest albums and a landmark recording in popular music.[1] In 2003, Rolling Stone ranked it sixth on the magazine's list of the "500 Greatest Albums of All Time", and also in an updated list nine years later.[2] 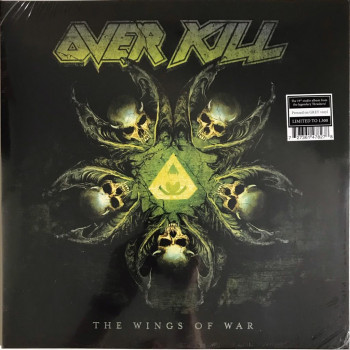 Overkill ‎– The Wings Of War

Tracklist:
A1 Last Man Standing
A2 Believe In The Fight
B1 Head Of A Pin
B2 Batshitcrazy
C1 Distortion
C2 A Mother's Prayer
C3 Welcome To The Garden State
D1 Where Few Dare To Walk
D2 Out On The Road-Kill
D3 Hole In My Soul 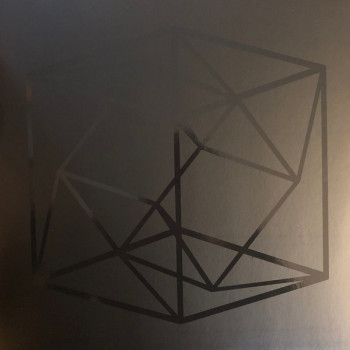 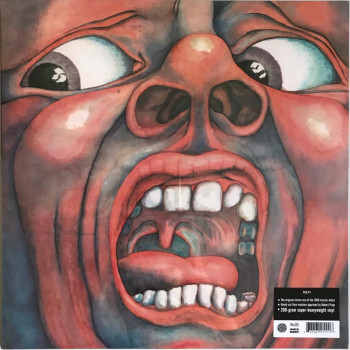 King Crimson ‎– In The Court Of The Crimson King 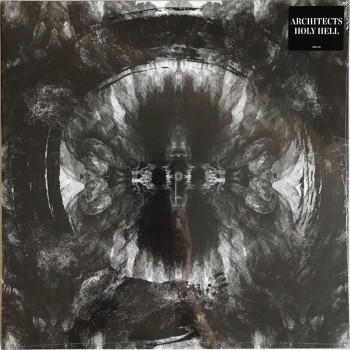 Tracklist:
A1 Death Is Not Defeat
A2 Hereafter
A3 Mortal After All
A4 Holy Hell
A5 Damnation
B1 Royal Beggars
B2 Modern Misery
B3 Dying To Heal
B4 The Seventh Circle
B5 Doomsday
B6 A Wasted Hymn